So the news today is bogus and incomplete in the continuing pursuit to get everyone in the U.S. legally stoned who wants to smoke pot. The excitement about medical marijuana is that, where legal, overdose deaths from prescription painkillers is lower. Of course, medical marijuana is almost never prescribed for pain, but the article doesn't say this. Medical marijuana is only used to treat:

There are 100 ways to treat pain. So already, the stories are incomplete. Let's use our brains a bit.

Important issues this report did not discuss is what about those who do not smoke POT and the use of Marinol? Marinol is THC legally prescribed. So where this medication is used, is the prescription abuse rate also lower there? More research needed folks. Or are marijuana users refusing to use Marinol and don't want it because they want to get high? Or perhaps they abuse narcotics and pills and marijuana makes it easy to get high so they abuse the hard stuff less?

The news today would have you believe the "medical marijuana" treats medical conditions like pain, and more people die from not have medical marijuana, and do so with painkillers in states where pot isn't legal, because obviously they need medical marijuana to better treat their pain and avoid the risk of painkiller ODs.
Fact: Nothing could be further from the truth.

Research legal Heroin. The above might be said for it too. Where Heroin is administered, painkiller deaths would naturally be lower among this population! Ask the Brits. Of course, prescribing Heroin is a big problem across the pond. But they do have plenty zombied heroin users, like Colorado with pot users. So, let's not get run away with the spoiled bananas just yet. We need to peel back this story being supported, funded, and touted the stoner lobby.
http://www.newswise.com/articles/view/622353/?sc=mwhn
Posted by Daniel Feerst - Dan Feerst Employee Newsletter Lessons: #1 Warning How to Create a Newsletter Painlessly at 12:10 PM

What's in a Name: Compulsive Use of the Internet, Internet Addiction, etc?

Although the term “Internet Addiction” is commonly used in mainstream literature, education forums online, and awareness materials, the term is not officially recognized as an addiction or medical diagnosis, yet. There are two reasons for this: 1) Addiction (or disorder) is a term reserved for an bona fide medical condition included in psychiatric, medical, and other diagnostic guides and manuals, and 2) the term has historically been used to describe dozens of different related syndromes associated with the compulsive use of technology in general that are important to distinguish. The preferred term is “compulsive internet use”. Other forms of compulsive use of technology include Facebook and social media use, gambling online, gaming, viewing pornography, online shopping, and financial trading. Any of these may impact and reduce workplace productivity, also known as “time theft”. Beyond electronic discovery of time consumed online, the most common productivity issue is work assignments not delivered on time, lying about use of time on the job, or lying about use the Internet for important business purposes. To document productivity issues, assign your employee measurable goals like a certain number of widgets or tasks that must be completed on time, very week.
Posted by Daniel Feerst - Dan Feerst Employee Newsletter Lessons: #1 Warning How to Create a Newsletter Painlessly at 9:38 AM 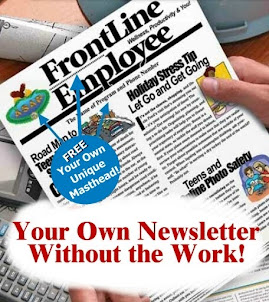 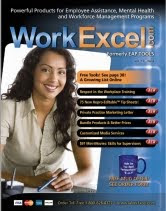 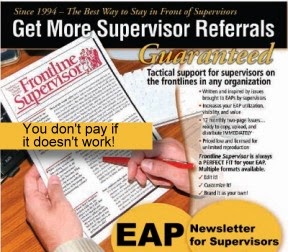